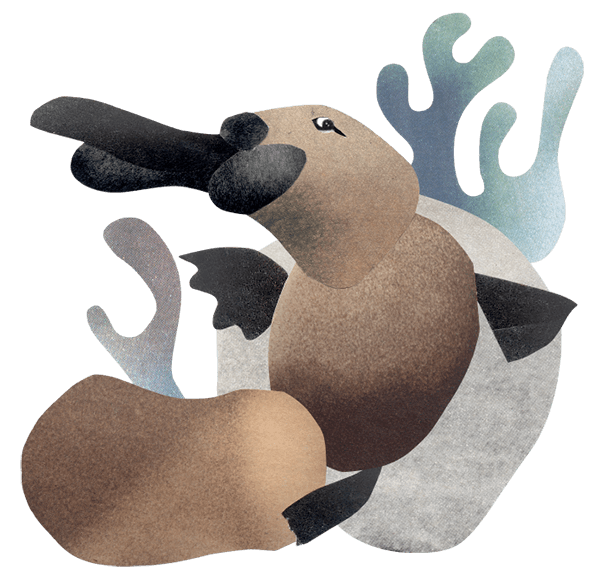 Artwork for Meredith in the modern era has been created by the sublime mind of Clemens Habicht. For this year’s Meredith, the enigmatic Platypus, that most singular monotreme, is on the bill. 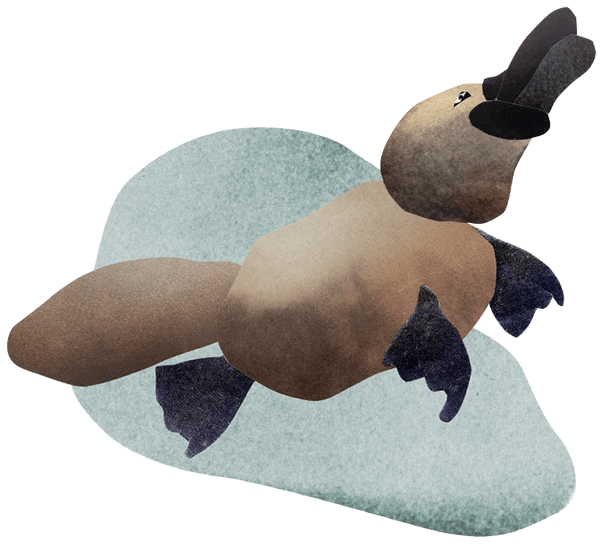 Clem’s animals are hand-made using cut out paper and card, and incorporate a second element that might not be obvious on first look – in 2009 he made powerful owls with speaker eyes and gum trees for wings; for the 20th anniversary he made a flock of lorikeets with Meredithians making up their anatomy, for the 21st he made a monarch butterfly grub (pupae) with dozens of legs dancing. 2012 was a mob of roos with a number of Meredith scenes incorporated into them. For Meredith23, Clem brought to life a flock of galahs, several in flight, and a couple on the perch. They are taken from actual photos of people at Meredith. All of them incorporate goings on from The Sup’, including the Pink Flamingo, The Meredith Eye, The Arch of Love, the festoon lighting and so on.

Meredith has had an animal as its mascot since 1992. For about fifteen years the animal was created by the amazing Kate ‘Noota’ Van Nooten. The animal must be native (or introduced) to the Meredith Supernatural Amphitheatre – it must live at the site. There have been butterflies (1992, 1998), a wedge-tailed eagle (2006*) and a number of ‘water’ animals (duck 2001 and turtle 2004) – but they seemed to only create very wet (rainy) Merediths. So water creatures were avoided for more than a decade. That hoodoo was busted in 2016 when a yabby (Cherax destructor) was our mascot, and despite some of the wettest months in living memory, the Meredith weekend itself stayed high and dry. Cherax destructor hoodoo buster. 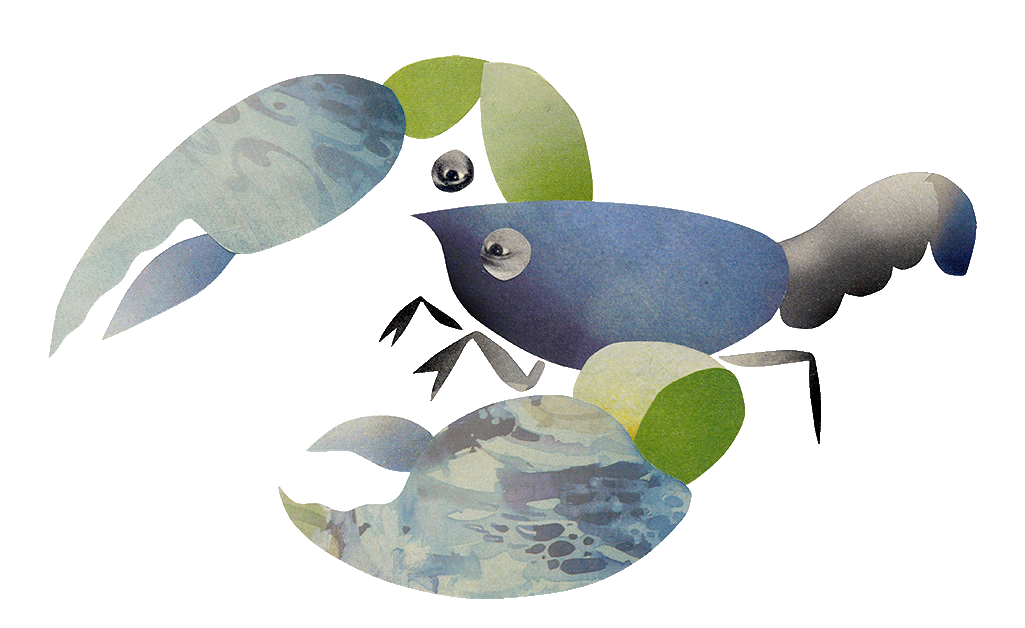 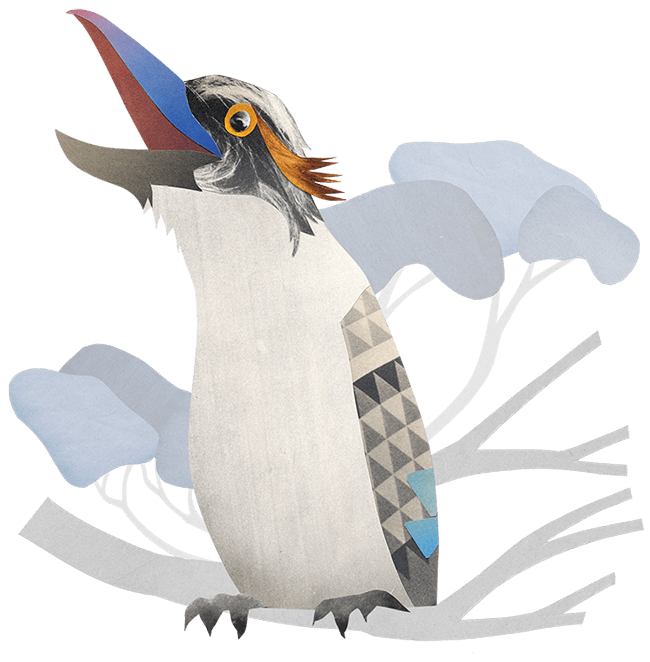 One of them even broke through the fourth wall and entered the fray. 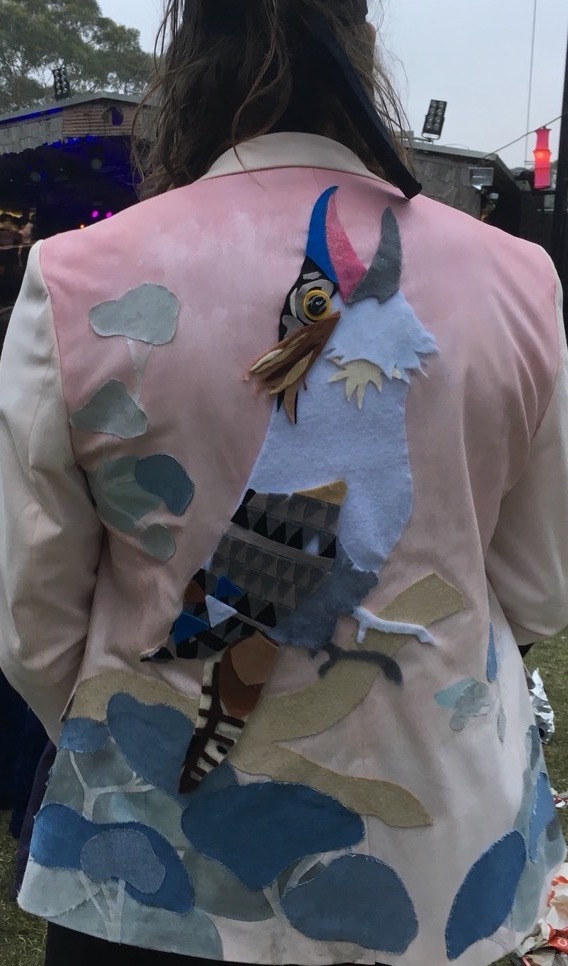 In 2017 the evergreen Anoplognathus (Christmas Beetle) led us into beetle. They ain’t the best of flyers, but fly they did. Despite the unassuming size, their presence has long been felt (and heard) at The Sup’, and of all the mascots we’ve had, the Anoplognathus is probably the one least inclined to make itself scarce during Meredith itself. Notice the lack of eyes in Clem’s pics. 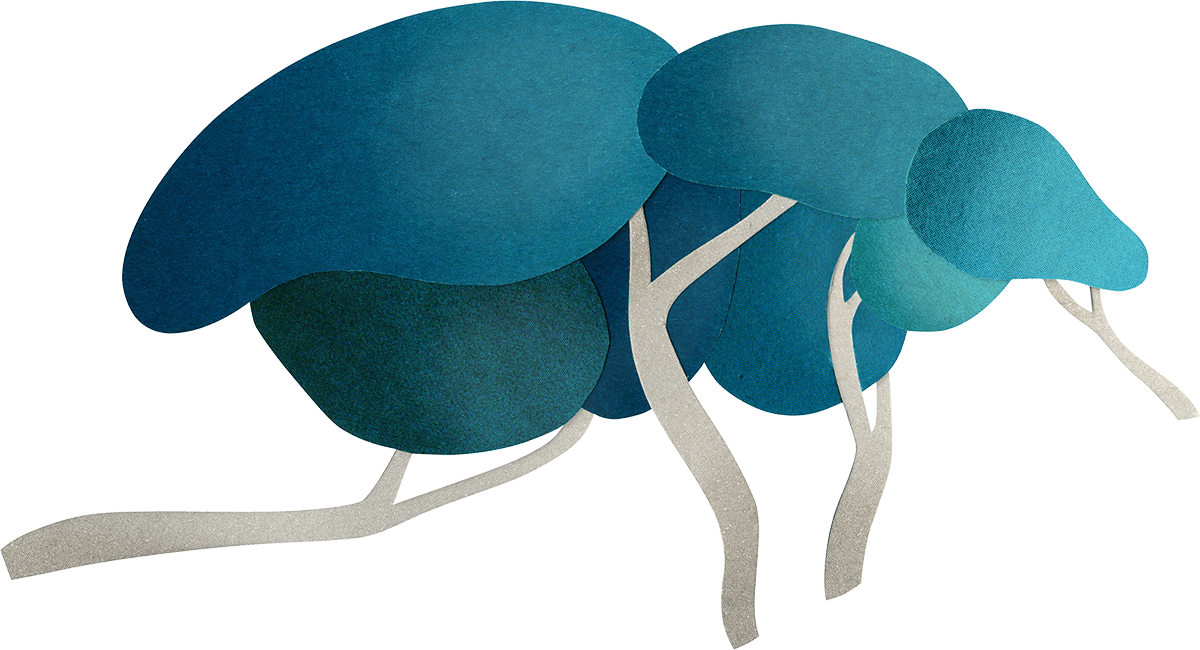 Galahs were perfect for Meredith23 – A Galah Gala. 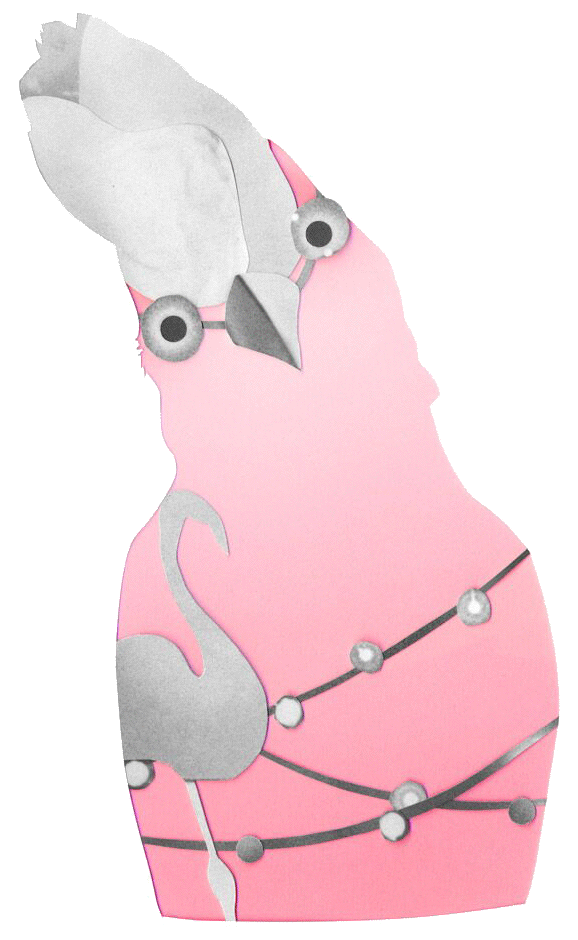 In 2014 Clem created some raggedly regal nomadic emus. Whilst the technique of card and paper ‘masking’ remained the same, Clem focussed on the individual stances and body shapes of the emus, rather than incorporating people and place into their make-up. They walked the line between looking ungainly and like ballet dancers.

For the 25th, we went with the humble and under-rated sheep, a ruminant ungulate, descended from wild mouflon, non-territorial and gregarious, singular and plural, with excellent hearing and wide peripheral vision, that can see behind without turning its head. The Nolan farm has had sheep for generations, so it was a fitting choice. It’s amazing how much character he gets into the little creatures. 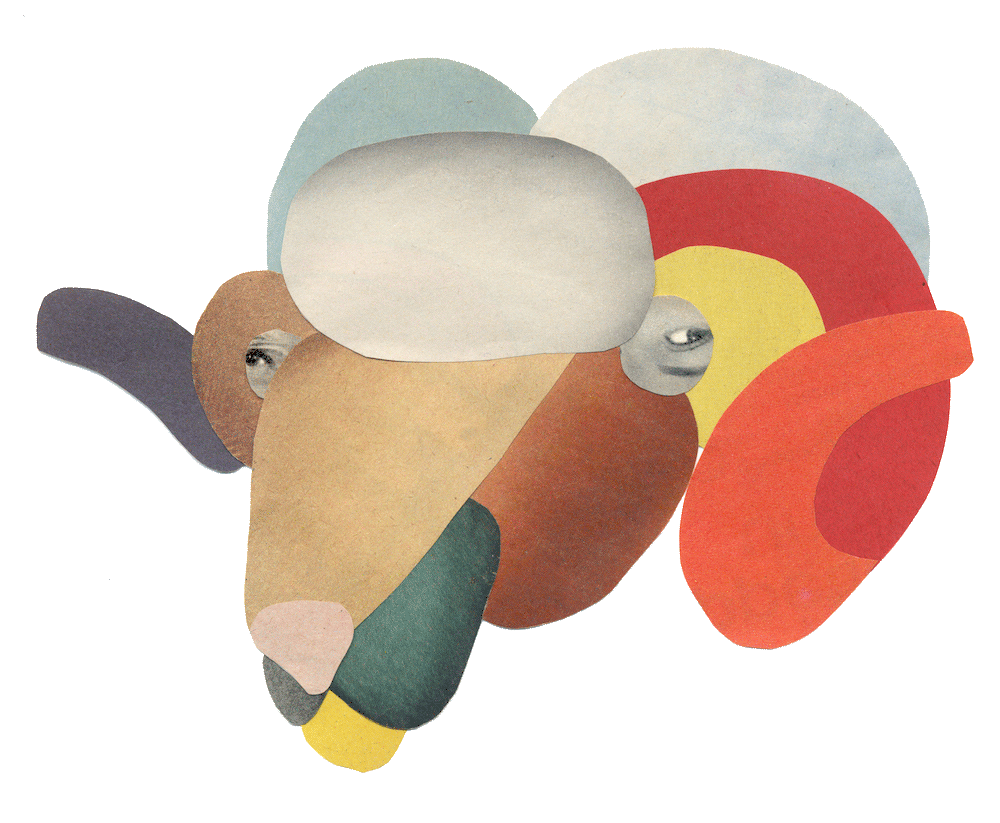 * In 2006, a family of wedge-tailed eagles lived across the river, the site crew watched them for weeks through a ‘dumpy’ telescope thingy, and one day saw the chick leave the nest for the first time and fly. The eagle became that year’s mascot, and is illuminated above The Sup’ to this day. 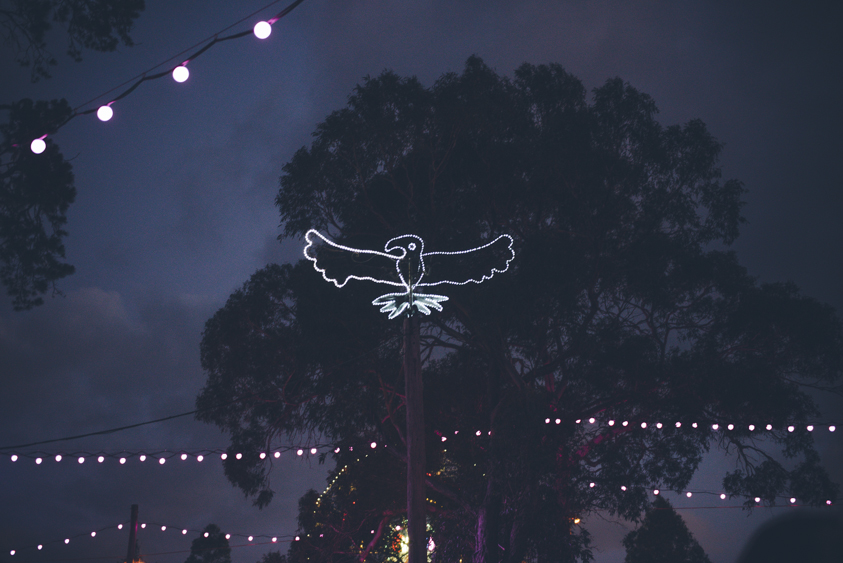 Clem’s artwork from over the years: 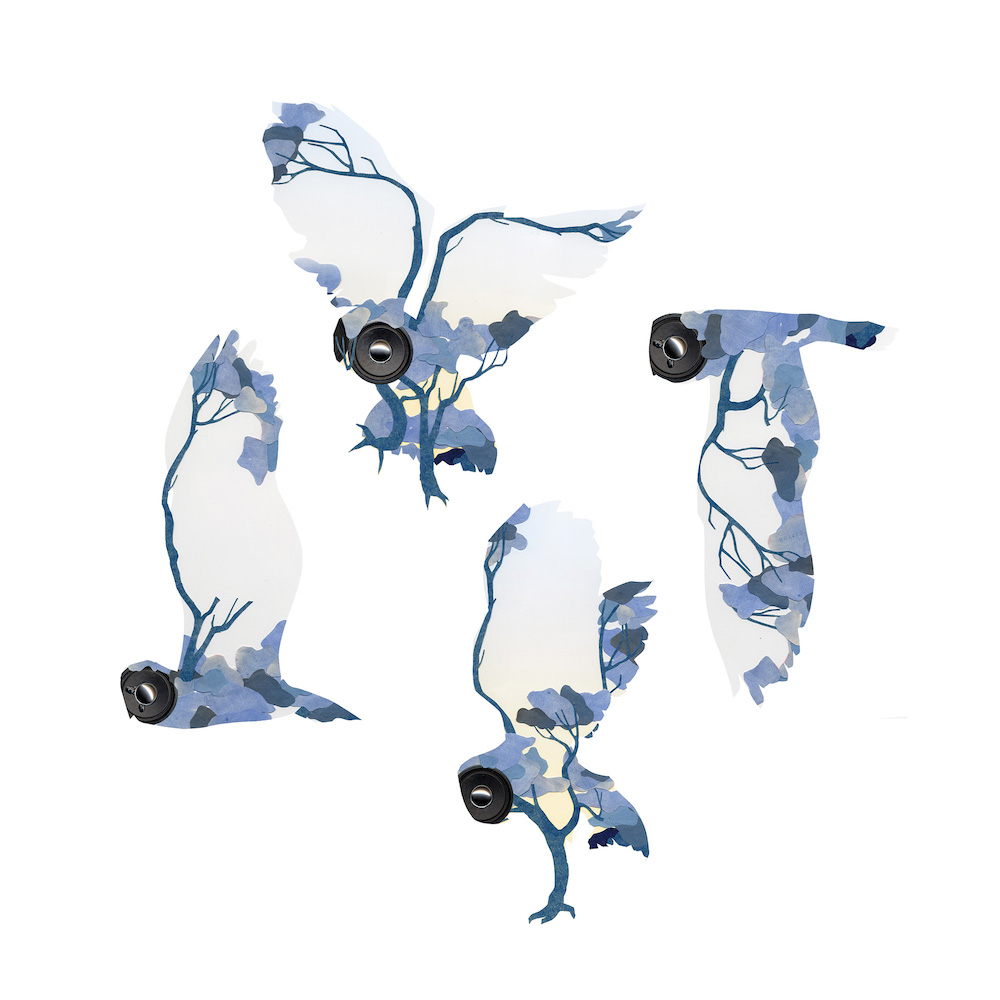 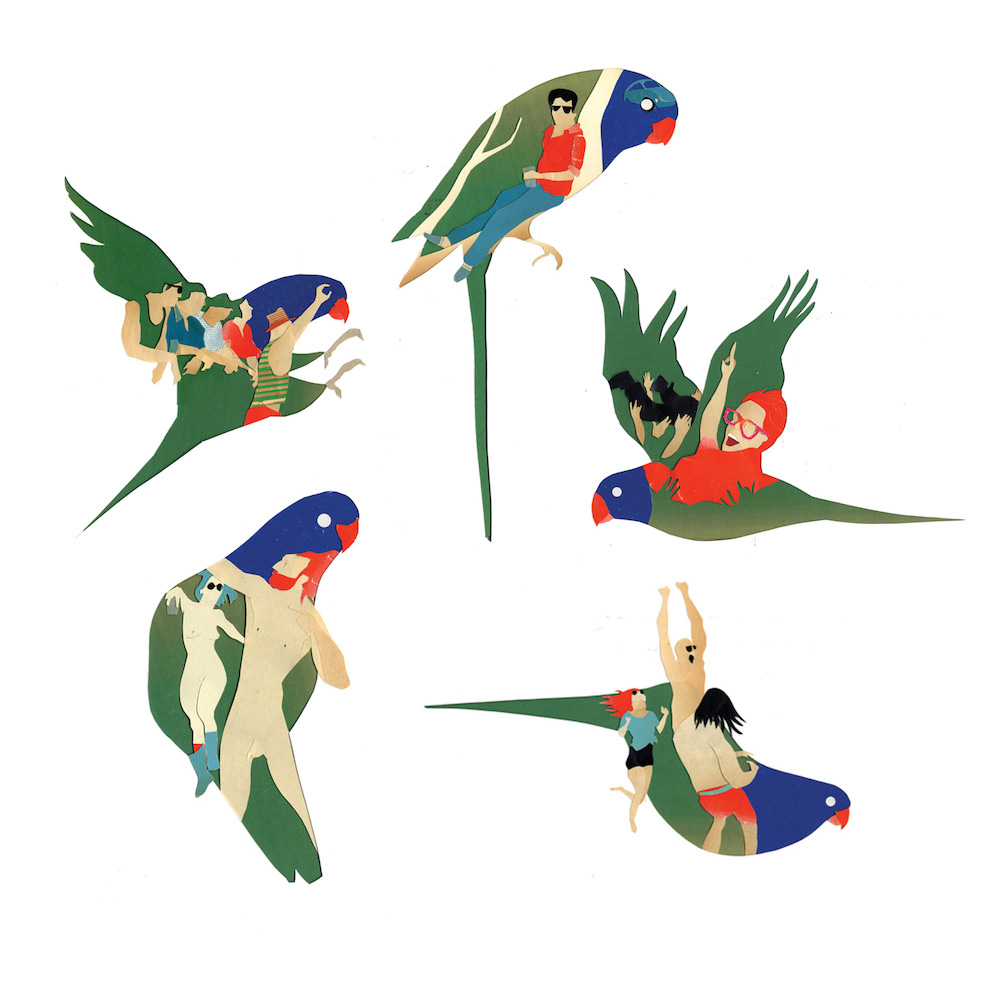 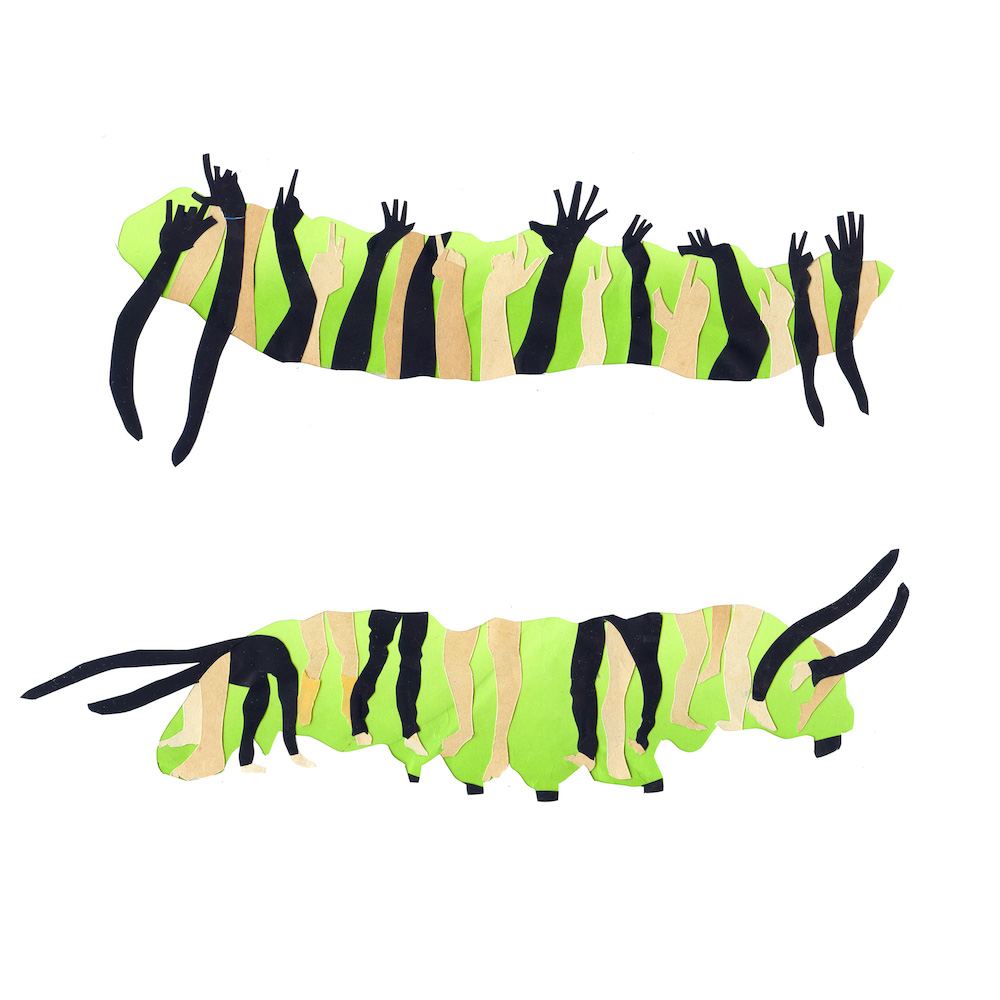 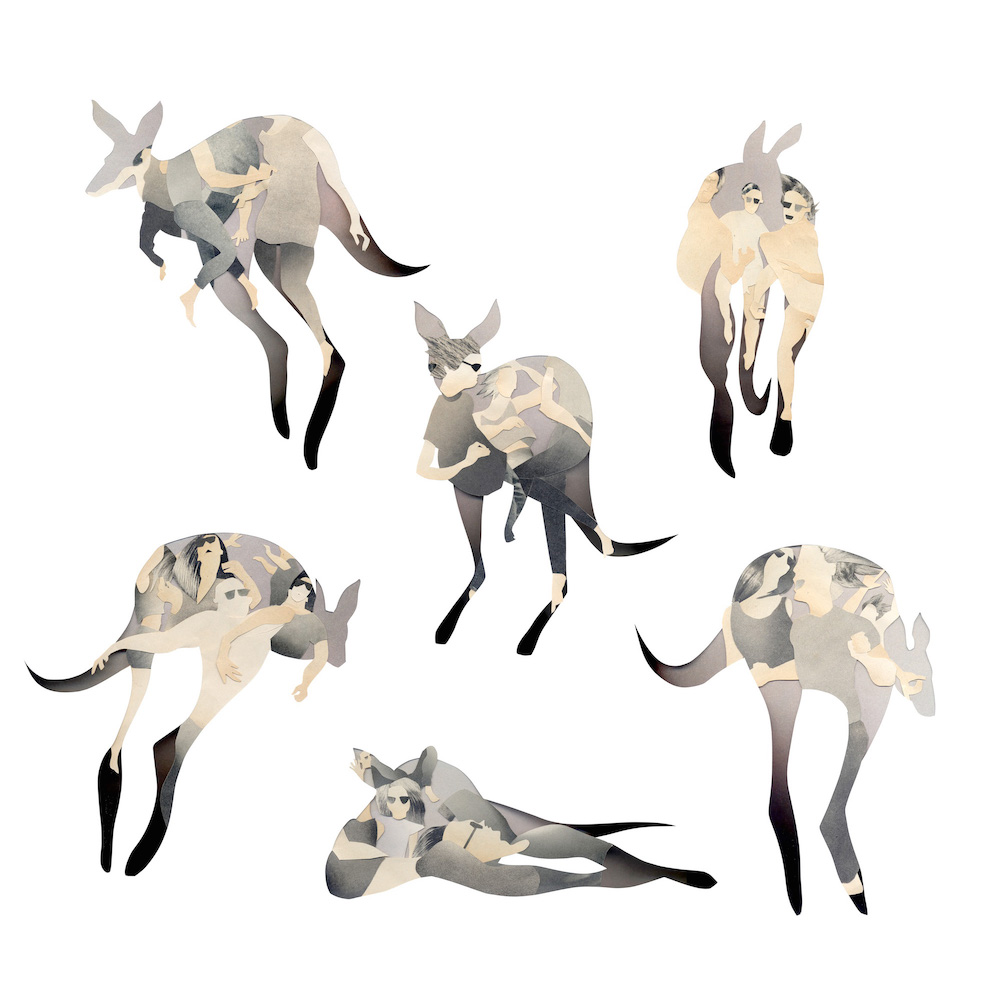 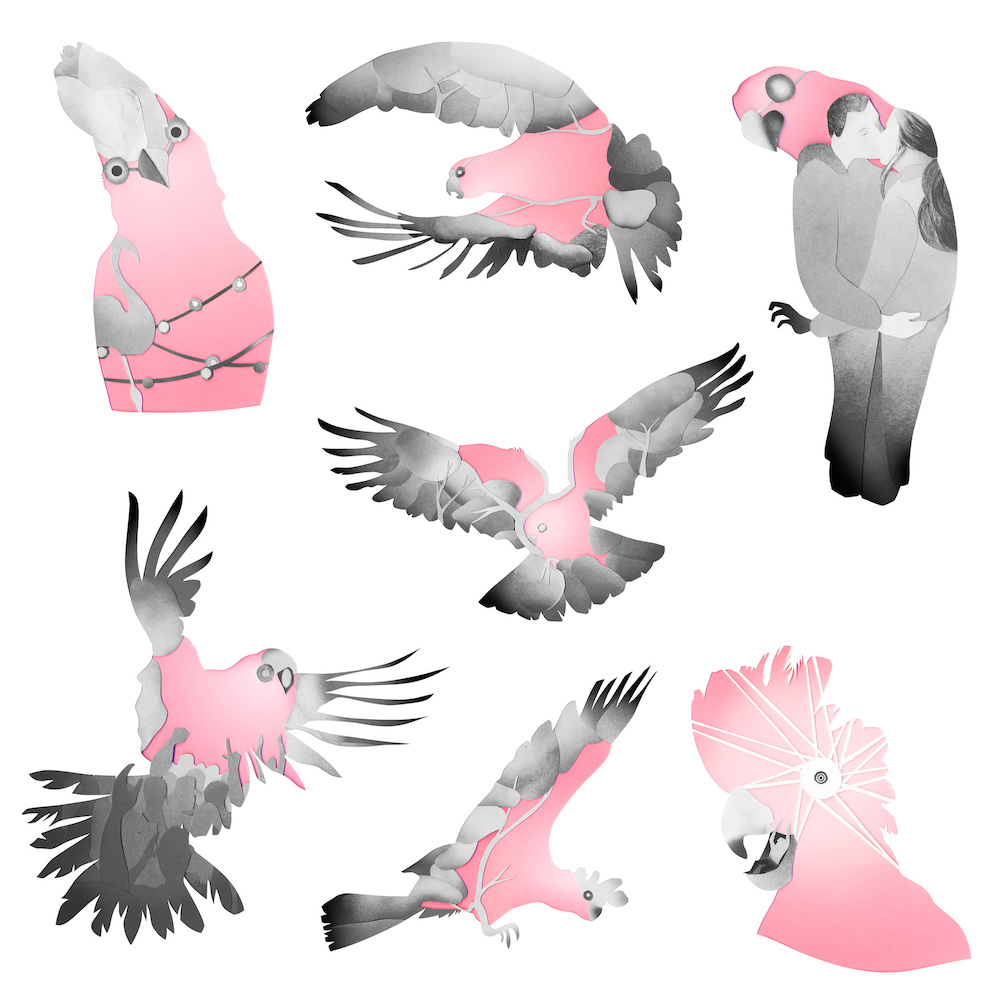 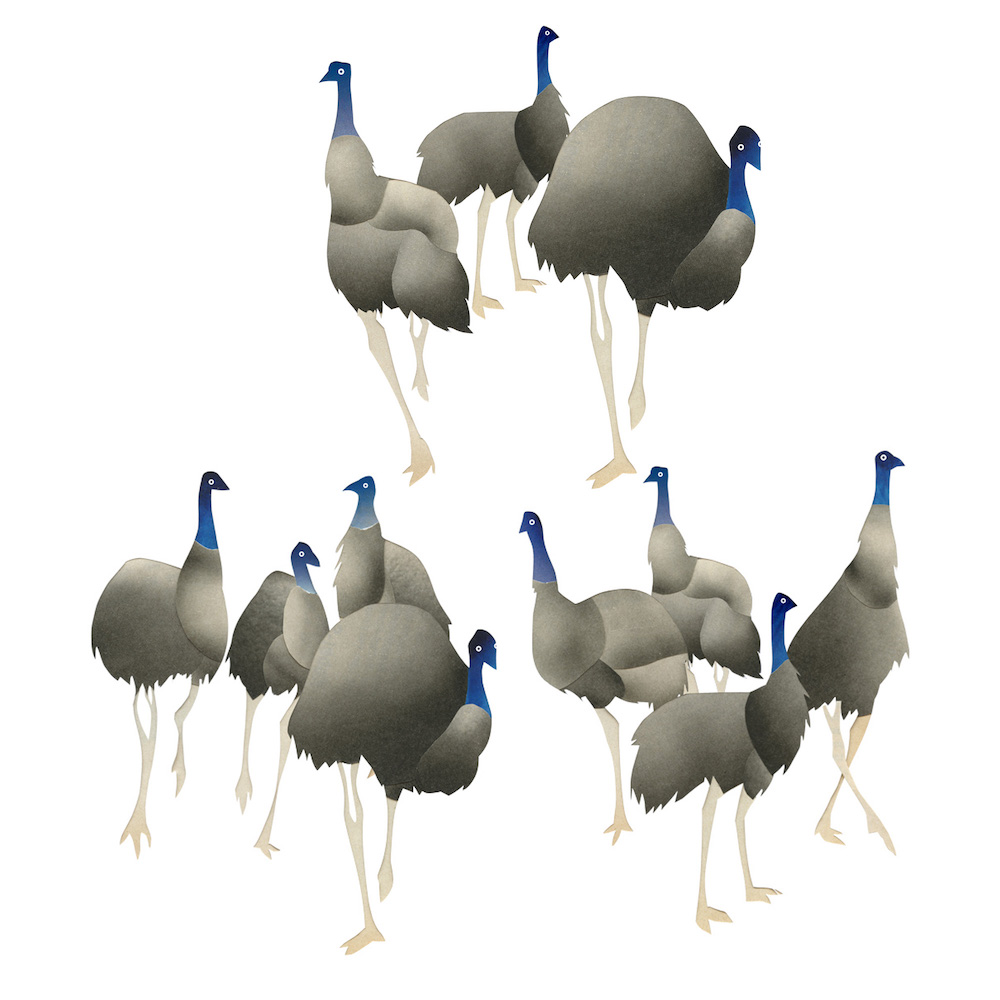 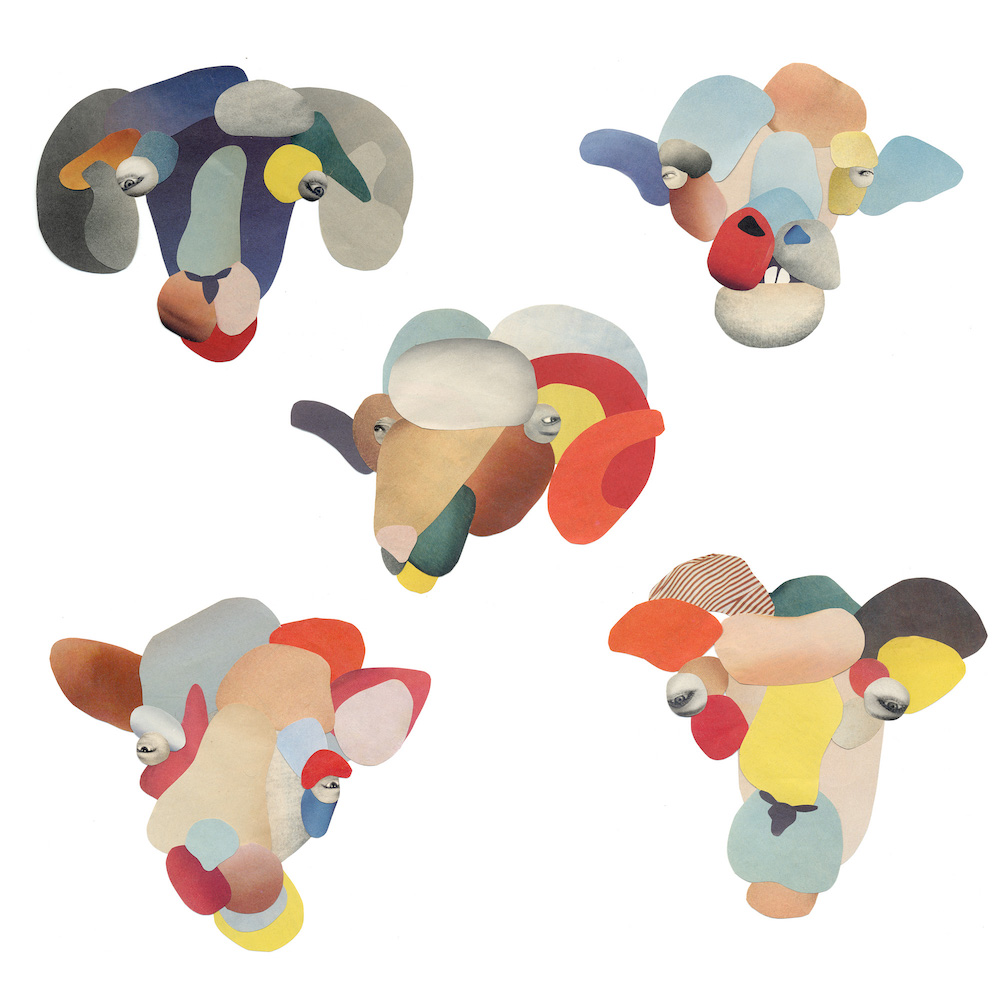 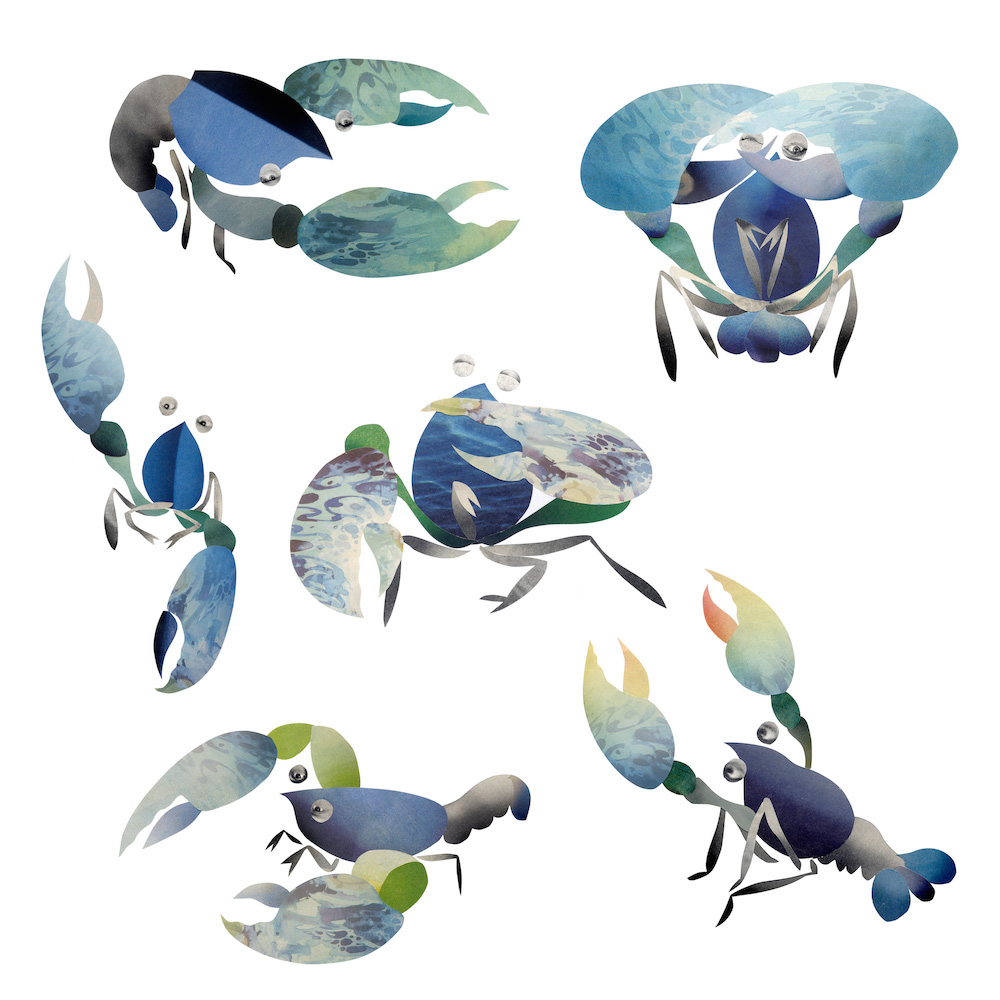 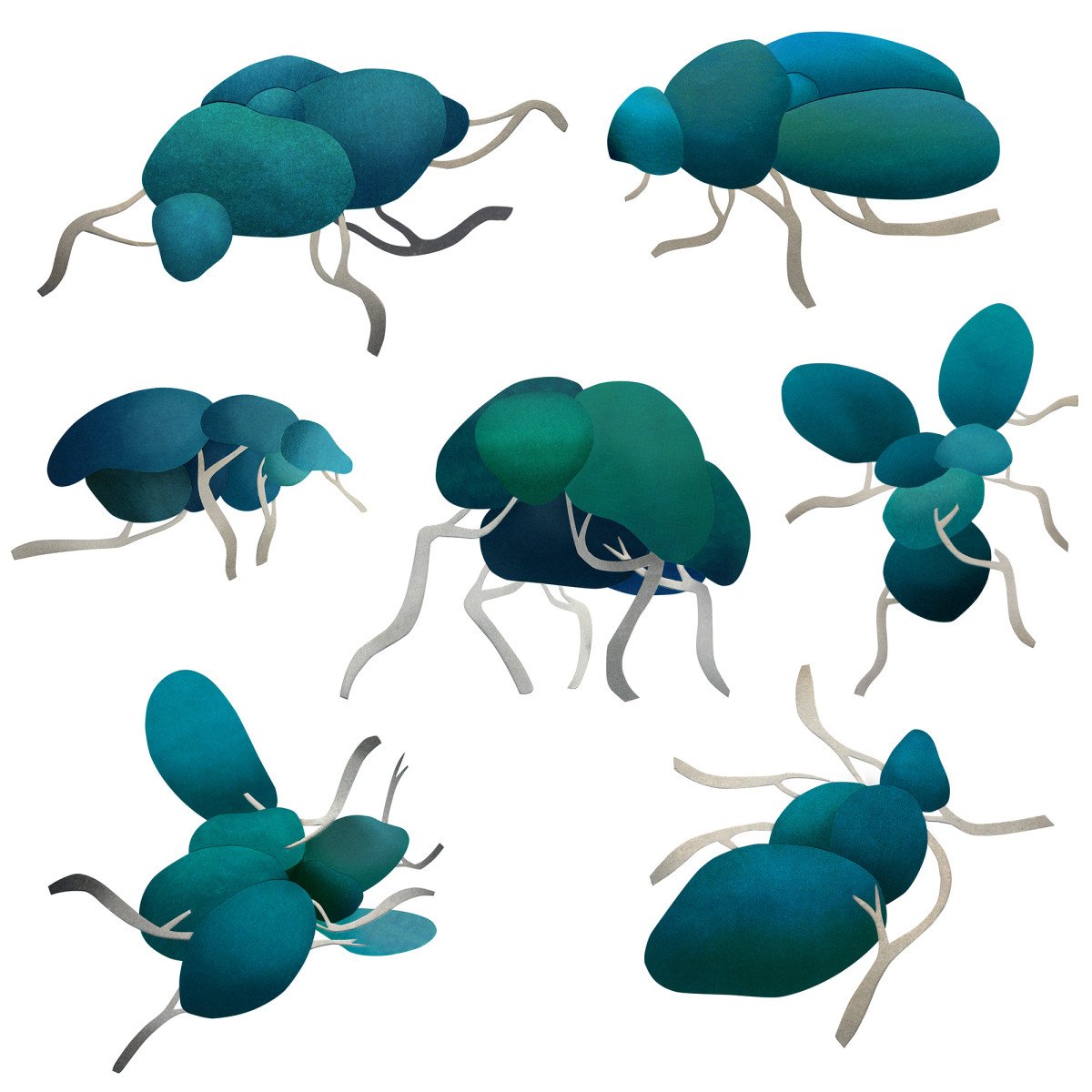 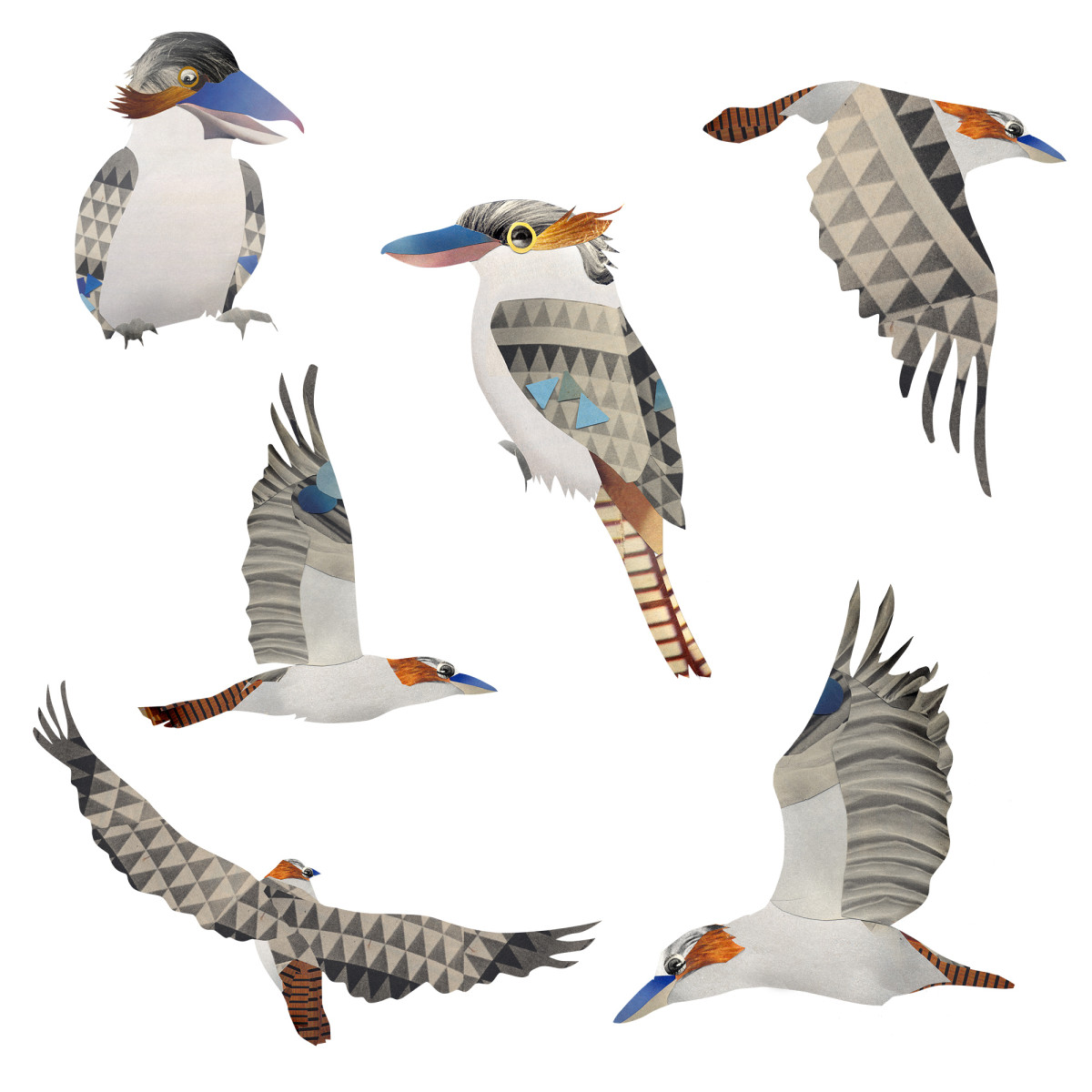